Stepper Motor Drivers specify the amount of Current that they output to a stepper motor in either RMS or Peak Current. How are they different?

This tutorial will walk you through the difference between the two types of current used when specifying stepper drives and motors. You will learn about the relationship between RMS and Peak current and why this connection is important when configuring stepper control systems.

After exploring the technical merits of RMS vs Peak Current, you'll understand why stepper motor manufacturers only specify torque curves and maximum ratings in RMS Current, rather than Peak Current - while also using a stepper driver that is specified in RMS Current. What is the benefit to you? It simplifies the matching of a stepper motor to a stepper driver in any application. The next few paragraphs will shed light on this statement.

RMS, which stands for Root Mean Square, is a fundamental measurement of the magnitude of an Alternating Current (AC) signal. The RMS value equals the amount of Direct Current (DC) required to produce an equivalent amount of heat in a same sized load. The shape of the alternating Current AC waveform is not important. RMS values simplify the calculation of average power and energy. However, Peak values, which only give the maximum value of the AC signal, require more information and can only be compared to RMS values if the shape of the waveform is known.

For example, when the AC waveform is an ideal sine wave, the relationship between RMS and Peak Current is as follows:

The relationship between RMS and Peak stepper Current depends on the driver’s configuration. The three common modes of operation for Stepper Motor Drivers include Full-Stepping, Half-Stepping, and Micro-stepping. If you were to view the Current waveform of these three modes on an oscilloscope, they would all appear different representing the relationship between the RMS and Peak Current:

All stepper motors are rated in RMS Current, and when Full Stepping, 200 steps/rev, there is no difference in stepper drivers that output RMS Current and those that output Peak Current. The stepper driver simply outputs the Current value that the motor requires. For the following example, assume 1.0 Amp RMS:

However, when Half Stepping, 400 steps/rev, the RMS Current and Peak Current are not equal, as shown in Figure B. Unless the peak driver raises its output Current by 15% (as shown in figure B.) the motor will not receive its rated 1.0 Amp RMS Current, and is therefore not generating all of the torque that its capable of providing.

The Microstepping waveform illustrates an even larger difference between RMS and Peak Current. In this case the Peak Current setting must be raised by approximately 41% (as shown in Figure C.) to equal the required 1.0 Amp RMS motor current.

For convenience sake, AMCI specifies all of their stepper drives & motors in both RMS and Peak current ratings (where applicable). Net result = Guaranteed compatibility, performance, and reliability.

The company's products are listed below for your reference: 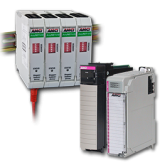 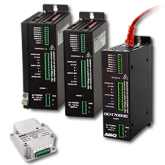 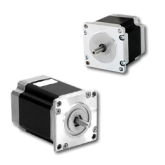 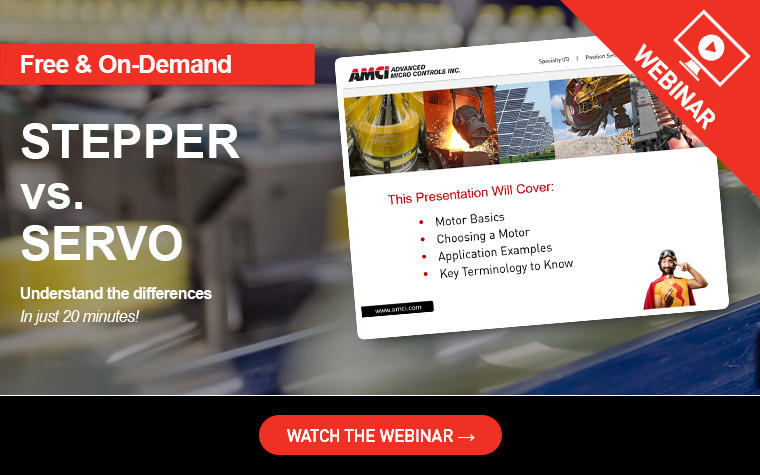 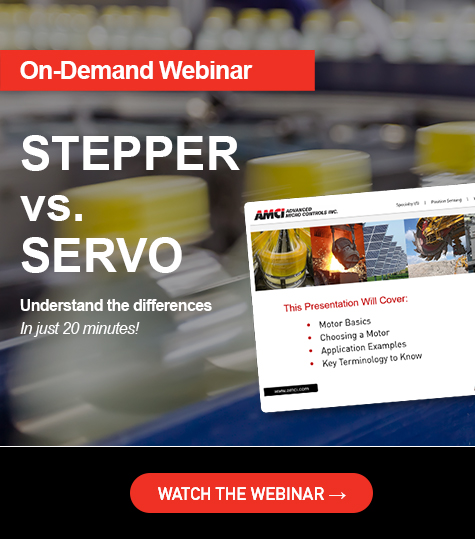